Investors representing the Mining and Tailings Safety Initiative, co-led by the Church of England Pensions Board and the Swedish AP Funds Council of Ethics, have today released a list of companies that have, and have not, responded to their urgent request to provide details of their tailings (waste) facilities.

The request for dam-by-dam disclosure was made at the beginning of April and is now supported by 100 investors with over USD $12.5 trillion in assets under management.
655* publicly listed extractive companies were contacted (including oil and gas companies because tailings waste can be generated from tar sands operations and they may be involved in tailings through e.g. joint ventures).
To date 29 of the top 50 mining companies have made disclosures which has resulted in information about thousands of individual tailings dams/facilities being made public on company websites. Over 50% of mining industry (specifically, 50% of publicly listed mining companies by market capitalisation) have responded and 20 of 22 publicly owned companies that are members of the International Council on Mining & Metals (ICMM) responded.
Of the 655 companies contacted the breakdown of responders were:

Breaking these figures down further for the mining sector only preliminary analysis indicates:

The release of this information follows an investor call for a new global safety standard on tailings management to be developed.

A global review is now being led by the Swiss former Environment Minister, Professor Bruno Oberle, that is co-convened by the International Council of Mining & Metals (ICMM), The Principles for Responsible Investment (PRI) and the United Nations Environment Programme (UNEP).

Both interventions followed the collapse of the dam at Vale’s Brumadinho site in Minas Gerais in Brazil.  As of the beginning of June 246 people have been confirmed killed with 24 people still missing.

Last week (10 June) investors held an initial review of the above disclosures at the 4th Roundtable of their Mining & Tailings Safety Initiative and welcomed the number of disclosures given the urgent timeframe.  The Roundtable agreed that companies that have not responded can now expect intense engagement with funds from the initiative.

Commenting on the disclosures, Adam Matthews, Director of Ethics and Engagement at the Church of England Pensions Board and Co-Lead of the Investor Mining & Tailings Safety Initiative said:
“Good tailings management exists but, when tailings dams fail the consequences can be catastrophic for communities and the environment. These disclosures bring a new level of transparency to the mining sector that will enable us to begin to reappraise the risk in our portfolios.
“It is clear there has been insufficient attention paid by the investment community and tailings have in effect been treated as an externality.  These disclosures begin to change that understanding. We now know who has a facility, where it is, and we are beginning to understand the risks associated with individual dams.
“Through the work of the Investor Mining & Tailings Safety initiative we expect to drive the highest standards of safety within company tailings management.  These disclosures are the first steps towards that goal.”

John Howchin, Secretary-General of the Council on Ethics of the Swedish National Pension Funds and Co-Lead of the Mining & Tailings Safety Initiative, commented:
“Following Brumadinho, safety, transparency, and independent verification will be key drivers in rebuilding trust.  Whilst we are pleased that so many companies have responded to our disclosure request, we will be engaging robustly with those that have not.
“Not disclosing is unacceptable and poses a very real risk to our investment. We are now working with partners to develop a global tailings database that can standardise independent reporting and monitoring of tailings.”

More information:
*The number of companies contacted decreased slightly from the number announced in April due to changes during the period of engagement as a result of acquisitions, delisting etc.
A full list of those that did and did not respond can be found on the Mining & Tailings Safety Initiative website: https://www.churchofengland.org/investor-mining-tailings-safety-initiative
Calculations for the coverage of mining companies is based on their designation under the Global Industry Classification Standard (GICS). 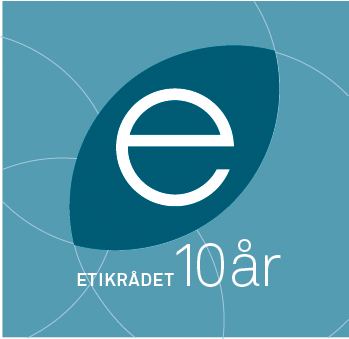